Human Growth Hormone, Benefits For You! 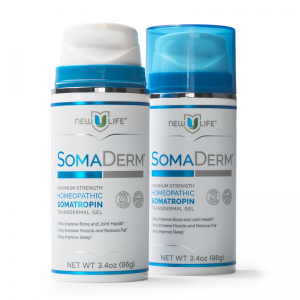 Those of you who know me are not at all surprised I am a bit OCD, obsessive compulsive. I don’t consider this a disorder because I have learned to channel that amazing energy to benefit my life. I have been taking really good care of myself for over half my life, and this spills over to my husband also. We eat organic healthy food, exercise daily, and take our supplements, including collagen that has made a wonderful difference in how fast we age. So understand my surprise when at 65 I am aging at all, but surprise I was aging. Lack of energy, disturbed sleep, a constant struggle with weight….aches pains, ugh!
I have a wonderful life, I work from home and travel occasionally to teach, do readings and book signings. I also live 4 hours from any large city or airport. With that said, my driving gives me lots of time to think. April, 2019, driving along, with that crick in my neck and feeling a bit tired, I yelled at the Universe!
“I have done all that I need to do to stay heathy and young, and still this aging process sucks. I am done with this, I know there is a fountain of youth out there. For heaven’s sake there are millions of ‘baby boomers’ hitting old age. Somebody has something out there and I want it, bring me the fountain of youth!!!!”
Yes, fair to say, that was a tantrum. I kept on driving, and within an hour my phone does that ‘beep’, and I have a text. I am a good girl and do not text and drive, but did raise the phone to see who contacted me. All I saw was, HGH. I knew what HGH was, Human Growth Hormone, makes you young….and I knew in that minute the Universe answered me. I had no doubt, that’s how energy works. Thank you to my friend in youthing Candia Sanders. When I finally hit a pit stop I was able to read text. She advised me to ‘ get on the gel’. My weekend travel was very successful, so I didn’t have time to read up on all the great things the HGH Homeopathic Gel could do. But I signed up as soon as I got home, then read all the wonderful things this could do. After a few weeks my husband noticed how perky, yes, perky, I was and wanted to try the HGH Gel also. So we signed him up and made this transformative journey together.
As of the writing of this page, its been a little over 8 months, here’s the scoop, now I must say everyone is different and react to gel differently, so results may vary at different times or speeds, in other words your healing journey is yours and yours alone…. but here’s what I noticed…… 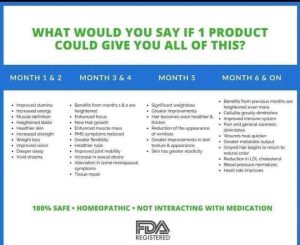 Yes, everything on this list is what happened…..it’s what I asked for and the Universe does not do mediocre……
I have never done multi-level marketing and have stayed away from products connected to it. This product was too important to ignore, when the Universe gives you such definite signs, I’ve always thought it would be right to pay attention. Now I’m in a position where it’s too good not to share. Don’t let fear of ‘multi-level marketing’ keep you away. You don’t have to sell, you can just buy it monthly, but it’s cheaper if you sign up for auto ship and if others buy because of you, the reimbursement process is very generous. It’s pretty much a win-win. Over a million bottles have been sold, with 90% of people stay on it.

Well, I did a little research myself and found some amazing data by Dr. Axe.

Here it goes.
Nicknamed the “Wonder Hormone,” human growth hormone—also called GH or HGH—is a peptide hormone that’s produced in the pituitary gland at the base of the brain and plays a crucial role in everything from body height, brain function, and skin health to bone density, fat loss, and muscle growth.

Unfortunately, GH production peaks shortly after puberty, then goes on a steady—and, sometimes, rapid—downhill slide from there.
If you’re a sports fan, you’ve probably heard of human growth hormone — more commonly known as HGH— and associate it with cheating and steroid use. However, did you know that HGH is a natural testosterone booster that’s produced on its own and provides many important benefits? It’s true.

Human growth hormone is naturally produced in the pituitary gland and plays a vital role in cell regeneration, growth and maintaining healthy human tissue, including that of the brain and various vital organs. Once secreted, HGH remains active in the bloodstream for a few minutes, allowing just enough time for the liver to convert it into growth factors, the most crucial being insulin-like growth factor (IGF-1), which has growth-promoting properties on every cell in the body.

Human growth hormone can be injected in larger doses to promote weight loss and increase muscle size while small doses can be used for general recovery, health and ignite the anti-aging process. Presently, there is a growing list of benefits of HGH treatment in children, adolescents and adults, such as:

1. Increased Muscle Strength
Human growth hormone has been known to improve physical capacity of individuals through stimulating collagen synthesis in the skeletal muscle and tendons, increasing muscle strength and improving exercise performance as a result.

In the International Journal of Endocrinology, a study with 14 healthy men at the ages of 50 to 70 were randomized into two groups. Seven subjects were administered HGH therapy with seven placebo subjects, and they were re-evaluated after six months. After six months, there was a significant increase in the leg press responsiveness muscles in the growth hormone group.

2. Better Fracture Healing
Numerous of local growth factors and hormones are responsible for regulating mineral and bone metabolism, along with fracture healing. Administration of human growth hormone has been shown to speed up the regeneration of bone, making it a key part of bone healing. Applying growth factors like IGF-1 is known to stimulate the metabolism of bone.

Human growth hormone plays a crucial role in the repair of wear and tear and expedites healing. Researchers have reported the beneficial effects of HGH in enhancing the healing of injuries and wounds significantly. A randomized, controlled, double-blinded study for six months of HGH therapy or placebo in 28 healthy older men with low baseline plasma IGF-1 was conducted at the University of California’s Department of Medicine. As a result, healthy older men who were administered growth hormone had enhanced collagen deposition during the wound-healing process, helping the healing process.

3. Enhanced Weight Loss
Obese individuals have limited response to growth hormone stimuli release, and after successful reduction of weight, growth hormone responsiveness can be partial or complete. Growth hormone accelerates lipolysis, the breakdown of lipids and involves hydrolysis of triglycerides into glycerol and free fatty acids, and impaired secretion of human growth hormone leads to loss of lipolytic effect.

Dietary restrictions and growth hormone treatment effects on anabolic and lipolytic actions as well as the changes in growth hormone secretions and insulin were investigated in a study published in Hormone Research. Twenty-four obese participants were on a hypocaloric diet and treated with recombinant human growth hormone or a placebo in a double-blinded, 12-week randomized study. As a result, growth hormone treatment caused a 1.6-fold increase in weight loss, with the greatest loss being visceral fat compared to the placebo.

4. Stronger Bones
The pituitary gland stimulates the release of growth hormone and is essential for regulating bone growth, especially during puberty. Growth hormone stimulates the production of IGF-1, which is produced in the liver and released in the blood. With age, human growth hormone decreases and may be the cause of older individuals not being able to form or replace bone rapidly. The IGF-1/growth hormone duo stimulates bone-forming and bone-resorbing cells, leading to increased bone mass.

6. Improvement in Erectile Dysfunction
It’s been suggested in recent studies that human growth hormone is responsible for male reproductive function and sexual maturation while deficiency is associated with loss of sexual erection and desire. Thirty-five healthy adult men and 45 participants with erectile dysfunction were exposed to tactile and visual stimuli in order to elicit penile tumescence in a German study. The increase in growth hormone was greater than 90 percent as determined during developing penile tumescence, followed by a transient decrease afterward.

This study suggests that penile erection may be induced by growth hormone through its stimulating activity on human corpus cavernosum smooth muscle, making it a potential natural remedy for impotence.

Thirty men ages 48–66 with abdominal/visceral obesity were treated with recombinant human growth hormone in a nine-month, randomized, double-blind study published in the Journal of Clinical Endocrinology & Metabolism. Abdominal and visceral adipose tissue decreased along with diastolic blood pressure, and improved insulin sensitivity was one of the favorable benefits of human growth hormone found.

8. Better Mood and Cognitive Function
Quality of life and psychological well-being are restored when growth hormone therapy in growth hormone-deficient adults is administered. A Lithuanian study investigated the changes in cognitive function, mood and concentration from baseline after six months of treatment with human recombinant growth hormone.

9. Better Sleep
The majority of the growth hormone pulsatile secretion happens just after the onset of sleep and continues to rise when the first hours of sleep are reached. Individuals who are going through sleep deprivation, such as people who work the night shift or late studiers, can be affected negatively throughout the day. Lack of sleep alters pituitary and hypothalamus function, further altering growth hormone release time.

Adults may experience a combination of symptoms from human growth hormone deficiency, including:

Impact of Human Growth Hormone of Men and Women
More women are now using HGH for its anti-aging and weight-loss properties. Deficiency in human growth hormone in women is due to pituitary gland not producing enough HGH.

In women, human growth hormone levels start to decline in their early 20s, and signs of HGH deficiency include dry skin, thinning hair, greater belly fat and the development of wrinkles.

It’s been reported in studies that women secrete greater amounts of growth hormone than men, despite having similar reference ranges of serum IGF-1. Recently, there are significant clinical differences in the responses of HGH treatment in adults with HGH deficiency and a need to adjust the dose of recombinant human growth hormone. Adequate HGH levels help women improve an appropriate body-fat ratio and elasticity in skin.

Men are likely to feel the first signs of aging after 35 old, such as loss of libido, weakness, baldness and memory loss. Human growth hormone has a positive impact on men, giving them the physical ability to perform in sports, which is why men often go through HGH treatment during intense training. Men who are treated with HGH experience reduction of fat, skin tightening, hair becomes healthier and thicker, and erectile dysfunction is corrected.

So how can you get the Gel?  Super simple!! You can either become a customer or member.